Before embarking on his professional journey, Nando Robert Caporicci attended Condordia University in Montreal, Quebec. There, he graduated with a Bachelor’s of Arts in Political Science in 1994. Still thirsting for more knowledge and eager to learn more, he decided to continue his academia. He later enrolled in a business related program as he realized he had developed an interest in the field. As such, he pursued a remote study program at the City University of Seattle Washington in the US. By 1998, he graduated with his Master’s in Business Administration (MBA) with a marketing focus. While he was pursuing his master’s degree, he also worked tirelessly as a bookkeeper at an accounting firm.

After completing his undergraduate as well as post-graduate degree, Nando Robert Caporicci finally felt comfortable and confident to take his first step into the professional world. He saw the potential for internet technology as well as the power of the world wide web. Both sparked his fascination in cyber technology and fueled his passion, a passion that would later define him as a person. His first ever professional position was with ICP Global, a solar panel company. While it was a good and humble start for Nando, it felt lackluster for him. He did not have the opportunity he wanted to learn and grow as a person.

After his initial involvement with ICP Global came to an end, Nando Caporicci started working with RoadMall.com. It is an online shopping portal and his responsibility was overseeing the inter marketing department. Different from ICP Global, RoadMall provided Nando with plenty of opportunities to grow as an individual. In fact, he developed and honed the skills that would aid him in the years to come.

Working as a Self Proprietor

Eventually, Nando launched his own company, Olitris Technologies. Named after his two children, Olivia and Tristan, Nando Caporicci always wanted to work for himself and set goals for himself. Ever since he was a teen, he’s read tons of business books to learn the ins-and-outs of managing one’s own business. It has been a life-long dream of his and he was finally able to do it. Olistris Technologies is located in Les Cedres, Quebec, and the business specializes in manufacturing Bitcoin mining rigs. As a cryptocurrency and Bitcoin expert, who previously invested in some Bitcoin himself, Nando believes that investing in cryptocurrency provides huge benefits. His clientele primarily consists of people that are also interested to learn more about Bitcoin mining rigs. In addition, he has been very successful since the genesis of the company.

“Being the best at something is a very rare thing. You don’t just toss that away. Why would you want to squander your potential?”

Apart from being kept busy with his Bitcoin mining rig business, Nando Robert Caporicci dedicates the rest of his life to his family. His son is currently 8 years old and is a high functioning autistic child. Olivia is only 4 years old. However, Nando and his partner worry that Olivia could potentially have autism as well. As a parent living with children with autism, Nando takes pride in spreading awareness for children living with autism. He believes that while it does present a few challenges in certain aspects in life, it ultimately allowed him to grow better as a person. In fact, his children empowered him to be the best version of himself, and he named his company Olitris Technologies after his children.

As a self-proprietor and entrepreneur, Nando Caporicci possess the following skills:

Aside from his professional endeavors and the plethora of skills that Nando Caporicci is equipped with, he is also launching a scholarship campaign to help post-secondary students in North America. This includes Canada, the United States, and Mexico. With this scholarship program, students that are eligible and meet the criteria are invited to apply. To learn more about the scholarship initiative, be sure to check out his scholarship website. 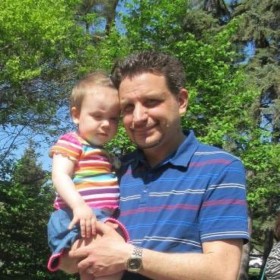